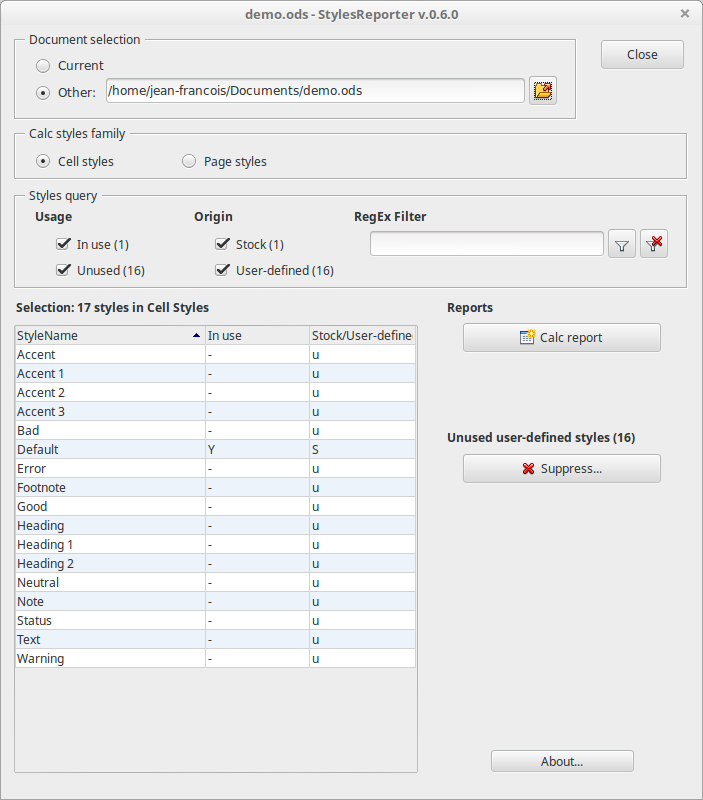 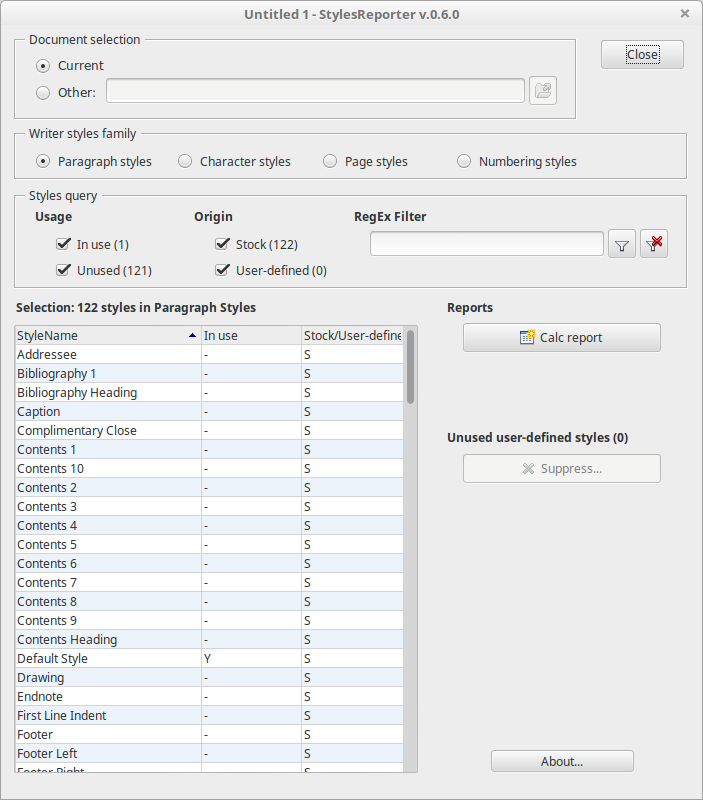 StylesReporter is a tool that helps document designers maintaining their Calc and Writer projects styles.

StylesReporter lists styles settings to a Calc document that can be archived for future reference.

StylesReporter analyzes either the current document (default) or any other document the user selects.

The styles list can be restrained using origin (stock/user-defined) and usage (in-use/unused) criteria. A RegEx filter is also available. The output is limited to the selected styles list.

The interface is currently in English or French, according to the current LibreOffice language used. English is the fall-back UI language for other languages.

The UI translation is made possible using po files. Thus, translating the UI to other languages is just the matter of adding a translated po file to the extension. Feel free to contact me for this purpose. 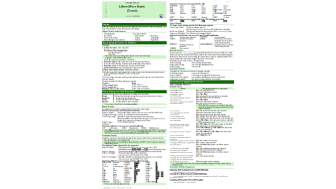 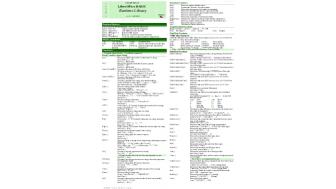 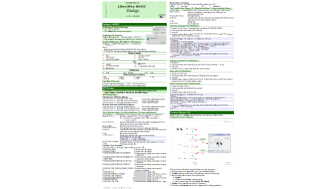 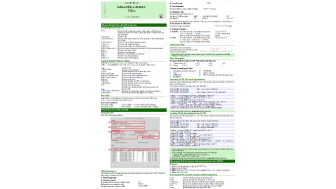 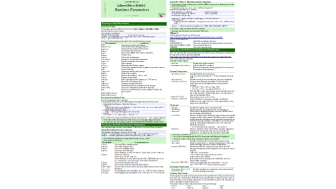 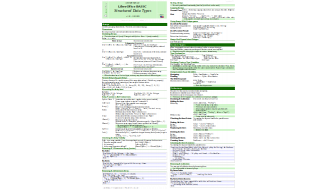